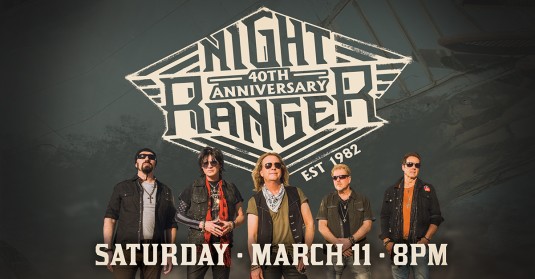 Having sold over 17 Million albums worldwide, performed across more than 4000 stages, and captivated a radio audience that exceeds 1 Billion, Night Ranger has both epitomized and transcended the arena rock sound and style well beyond that era. With multiple songs having a significant impact on popular culture, Night Ranger continues to grow their ever-evolving fan base. The band is proof that powerful songs alongside, incredibly talented musicians are the perfect formula for continued success.